A healthier alternative to energy drinks & shots? I honestly didn’t even know that there was such thing as a healthier version. I have always been one who thought that they were all bad for you! Now don’t get me wrong, I have been known to reach for an energy drink once in a blue moon because I feel like I need the extra lift and because I like the taste. 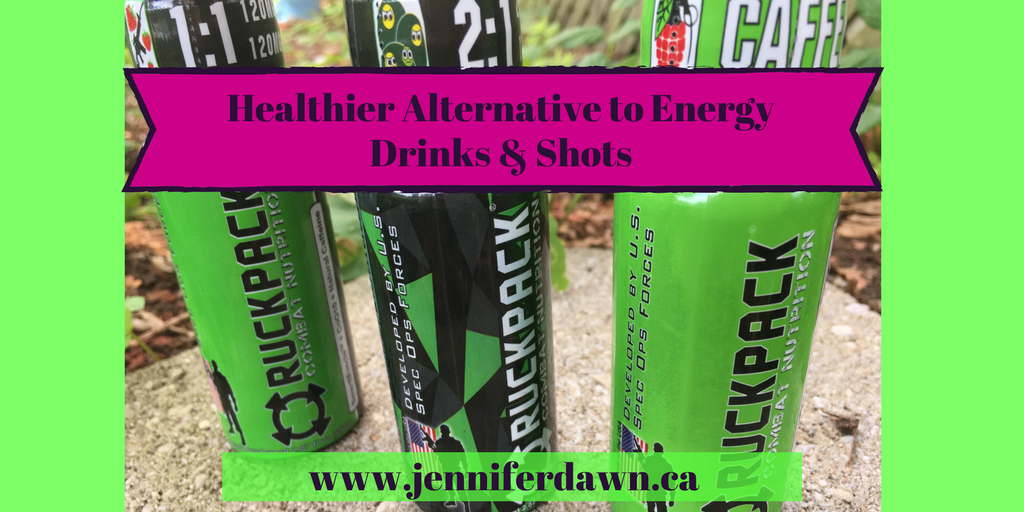 However, as someone who has dealt with anxiety ..well energy drinks can be a definite trigger for me!

So I was really hesitant to try it myself .. but I opted to give the Caffeine Free Version a try but more about that in a minute…

I needed a test subject who wasn’t generally adversely affected by caffeine …cue husband. I also had a second test subject for one of the varieties.

Test Subject 1 – aka “The Husband”

He started with the Caffeine Free variety – He said that he felt it gave him a couple of hours worth of extra energy.

He then tried the double the caffeine and felt that this one was just too much, even for him. Made him very to say the least. The jittery feeling lasted for 20 to 30 minutes and then he in his words, “energized to the max”. The energy he said lasted for approximately 4 hours.

And finally the 1:1 which is the regular variety – This one was the most pleasant of the flavors and gave him several hours of an uplifted energy (also roughly 4 hours). Not at all jittery and just felt like he could accomplish anything that day. So for the winner was the regular 1: No Jitters & a more pleasant flavor with about the same energy he felt he got from the one with double the caffeine.

Test Subject 2 – aka “The Son” ( now before anyone gets all in a huff… my son is in his 20’s and volunteered. He is big nutrition and so he made a perfect person to test these. Not to mention his affinity to Energy drinks …

He only tried the 1:1  but said it tasted good and he took it one morning on the way to work because he was extremely tired and didn’t even realize right away that he just wasn’t tired anymore. He said that feeling lasted well the afternoon. Again the 1:1 got a favorable review.

And finally for my own thoughts on the product. I only tried the caffeine free , one I had already given the 2 bottles I had out to my other two testers and because I am sensitive to caffeine, more than 2 cups in a day and I am jittery and anxious usually, so I thought it best to play it safe with the caffeine free version. I had the perfect opportunity to test it as well. I had been up for a few hours already and honestly was ready to crawl back under the covers! I had absolutely no energy or ambition, then I remembered that I still had the Ruckpack shot. Within about 15 mins I honestly was not tired I sat for about another 30 minutes to see if I would get tired if I was still sitting and low and behold … nope! I got up got dressed and cleaned my bathroom. A glamorous task, I know but I REALLY did not feel up to it! Not only did I clean that bathroom so good that even Clean would be I got several other tasks accomplished as well. Had it not been for the energy the Ruckpack shot gave me I probably would be fast asleep dreaming that I had the energy to get things done! And of because it was caffeine free, I did not suffer from any jitters! 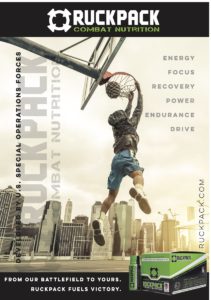 The shots are available in the following formulations and flavors:

– Raspberry Grenade: Naturally boost energy, endurance and focus with the only nutritional supplement born on the battlefield. We took out the caffeine and added a bunch of extra vitamins, and amino acids. This multi-vitamin shot boasts the best non-caffeinated blend of taste, energy and in the market.

– Strawberry Assault: Naturally boost energy, endurance and focus with the only nutritional supplement born on the battlefield. With 120mg of caffeine and a delightful strawberry flavor, this shot is the perfect blend of taste, and focus.

– Citrus Ambush: Naturally boost energy, endurance and focus with the only nutritional supplement born on the battlefield. Natural Caffeine, colors, and flavors. With 240mg of caffeine, this shot is maximum energy for maximum effort.

With all the concern over the dangers of energy drinks and energy shots, it is time to offer the consumers a healthier alternative. With a non-caffeinated and a moderately caffeinated version, RuckPack offers alternatives to the current mega dosing of caffeine that currently exists within the energy shot market. RuckPack® Energizer Nootropic Shots are made with natural sweeteners, colors, and flavors. The caffeinated shot even contains natural caffeine from green tea. No sucralose. No synthetic caffeine. Plus, RuckPack® works to counter the negative effects of caffeine in other ways. Theanine helps blunt caffeine’s attack on the central nervous system while improving focus. Citrulline, a vasodilator is used to counteract the vasoconstriction caused by caffeine. We also add a powerful anti-oxidant, CoQ10, to restore a benefit of coffee lost during caffeine extraction. Now you can get all the benefits of caffeine while minimizing the side effects and bolstering the cognitive benefits! – RuckPack

AlphaSize® Alpha-GPC – AlphaSize Alpha-Glyceryl Phosphoryl Choline (A-GPC) is considered to be one of the most effective brain nutrients in the world, and is used widely in clinical settings around the world to combat memory loss, cognitive dysfunctions, and dementias of various kinds. A-GPC also has utility in “mind-to-muscle” sports nutrition formulations, where it acts to optimize muscular power output, sharpen agility, and also delay mental fatigue. This is a result of the fact that A-GPC helps speed cell to cell communication through neuromuscular optimization, providing enhanced muscular power output and agility for active and athletic individuals. It also promotes the production and maintenance of human growth hormone (HGH), the body’s master hormone for maintaining youth, vitality, and body composition.

Theanine – The RuckPack Energizers use Theanine independently of or symbiotically with natural caffeine. Caffeine and Theanine are a found together in nature – in green tea – and we don’t want to mess with a good thing! Theanine itself has been shown to offer a stimulatory effect on the mind. Studies have shown that Theanine supplementation can result in increased alpha brain wave production, signifying a calm, focused, mentallly alert state. This non-sedating, focused-calm also works to blunt the harsh side-effects caffeine has on the central nervous system. Simply put, Theanine helps mitigate the negative effects of caffeine, while supplementing the positive mental benefits that caffeine has to offer. The Caffeine-Theanine relationship is so positive, it is the most common nootropic pairing for cognitive enhancement.

Tyrosine – Tyrosine is an amino acide used to combat depression, attention deficit disorder (ADD), stress, Alzheimer’s, and chronic fatigue syndrome. It is also sometimes used to improve alertness following sleep deprivation. Tyrosine easily crosses the blood brain barrier to bolster cognitive functioning and it boosts dopamine levels in the body, thereby improving mood and motivation. Tyrosine, like other branched chain amino acids, assists in delaying the onset of fatigue during strenuous activity by minimizing the uptake of tryptophan to the brain.

MicroActive® CoQ10 – Coenzyme Q10 (COQ10) is a molecule produced in the body. It aids mitochondria during energy production and serves as a powerful anti-oxidant, protecting the body from the damage of free radicals. The Microactive form of CoQ10 maximizes bioavailabilty of this coenzyme, ensuring that the body recieves the maximum dose.

Citrulline Malate – L-Citrulline is used as a sports performance and cardiovascular health supplement and is proven to boost nitric oxide levels and improves the ammonia recycling process. L-Citrulline supplementation results in reduced fatigue and improved endurance for both aerobic and anaerobic prolonged exercise. Citrulline malate is a vasodilator that improves blood flow so well that it is has been proven successful in treating some forms of erectile dysfunction.

Originally founded by Marine Special Operations Forces in the battlefields of Afghanistan, RuckPack is military service-member owned and operated. It’s a brand whose owners live by a code of service to country and community and who uphold the ideals of honor, dedication, and integrity. The RuckPack Team will never fall short of such ideals, and their products serve as an example of this dedication. RuckPack remains committed to their military roots, and everything RuckPack offers is designed with the warfighter in mind. RuckPack is made in the USA and is committed to giving up to 10% of profits back to charity.

RuckPack has been featured on Shark Tank, Beyond the Tank, Entrepreneur Magazine, Bloomberg Radio, Fox and Friends, Marine Times, People Magazine and Google even featured RuckPack in a Google Apps commercial.

RuckPack has been generous enough to provide a coupon code for my readers. Use code BB064 for 20% off! 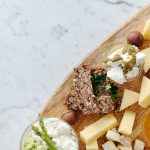 22 Plus Amazing Charcuterie Board Ideas For Entertaining31K Total Shares 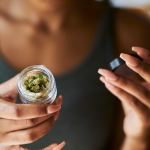 10 Of The Best Cannabis Strains For Chronic Pain4K Total Shares 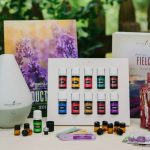 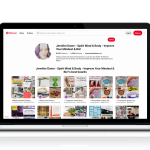 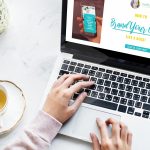 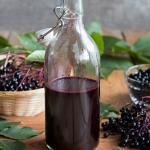